There are a lot of baking blogs out there, where excellent bakers post beautiful photos of their perfect food and share edible pearls of wisdom (HA HA HA did you see the little baking pun I threw in there for you?). This is not one of those blogs. I'm here to help those of you who want to butcher perfectly good recipes and produce questionable results. 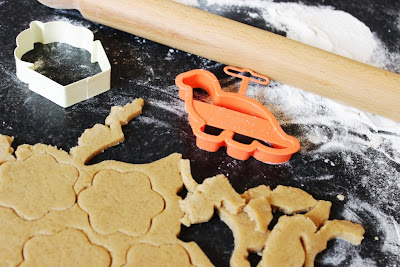 Today I decided to make gingerbread dinosaurs, using a tried and tested recipe from my best friend (who is coincidentally an excellent baking blogger). I don't think you have to make dinosaurs, but we strongly recommend it. 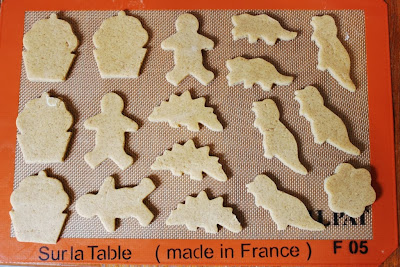 12oz plain flour - This recipe is dated November 2008. I've made it many times, but apparently never on my own, because I had to consult the internet on how to measure ounces. I found I had exactly 11oz of plain flour, to which I added 2oz of a different sort of flour my flatmate gave me.
4oz butter - I opted for margarine
1tsp baking soda - I got this bit spot on! I usually get confused with baking soda/baking powder/bicarbinate of soda etc. but this tub had a picture of gingerbread men on the front, so it must be right. Right?
1½tsp ground ginger - It was hard to shake the ginger out of the tub into a tiny spoon, so I shook out a bit, then took the lid off and tried to spoon it out but the neck wasn't wide enough for the spoon, so I shook some more in. You can achieve this effect by just pouring freestyle into the mix.
½tsp ground cinnamon - Read the recipe wrong and put 1½tsp in.
6oz light muscovado sugar - I went with some big crunchy light brown sugar instead. As I was measuring it, my scales stopped working and I massively over-poured. I transferred the bowl to another set of scales but couldn't remember how much it should have weighed in total (did I zero it before I started adding it to the flour?) God knows how much sugar ended up in there.
1 medium egg - Yolk, white, and bits of shell.
2tbsp golden syrup - In the absence of golden syrup I went half and half honey and maple syrup. One was thinner and one was thicker, so that works out about right. Maybe.
Cook for 12-15 minutes on gas mark 4/180°F - Of the 3 trays, none were in the oven for the same amount of time, which was fine because none of the biscuits were the same thickness.

I think it's safe to say I would get absolutely nowhere in The Great British Bake Off! These came out with a kind of... rustic charm. Crunchier and spicier than usual, but still pretty damn good with a cup of tea. I put them on the communal sharing table in my flat. If, by the weekend, they're all gone and no one's ill, then I've done good. Talking of Bake Off, my best celeb spot of late was Paul Hollywood, in the airport, glaring at my restaurant. Most likely in awe. Of me. 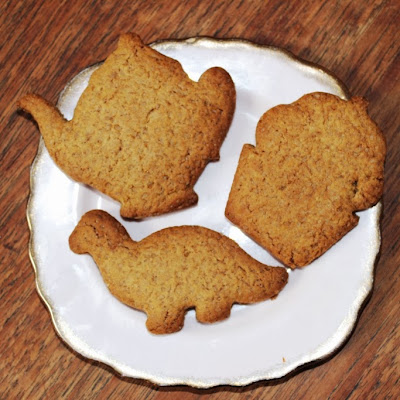 "Teapots and cupcakes and dinosaur biscuits // Crochet and sewing and boxes of kittens // Hot Asian boybands all tied up with string // These are a few of my favourite things..."

Email ThisBlogThis!Share to TwitterShare to FacebookShare to Pinterest
Labels: baking

This little guy had been sitting in a drawer for months, missing an ear and a tail, so I finished him off last night. I'm pretty bad at sewing amigurumi pieces together, but hopefully the wonkiness adds to his charm. In my opinion, eyebrows maketh the bear. I don't know why more people don't give them eyebrows. 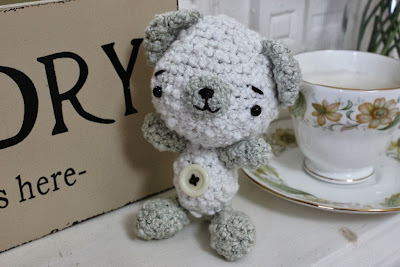 One thing I did succeed at sewing on was his tail. Unlike anything else I've ever made, this dude can sit upright without leaning on anything. Even the weight of his giant, misplaced head won't topple him over! 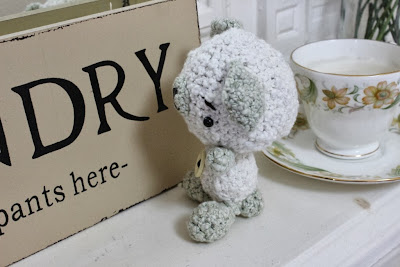 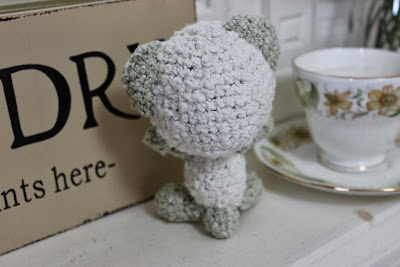 Oh yes, and the main point of this post was the yarn. I wanted to try something with a bit more texture than my usual double knit acrylic, to make the teddy more teddylike, but a lot of the hairy stuff looks quite hard to work with, especially for small, tight stiches. I found this Stylecraft cotton & linen Sircco DK in a local yarn shop and was mostly drawn to the pretty dusky colours. I'm not sure the lady in the shop had much faith in my making it work for a bear. 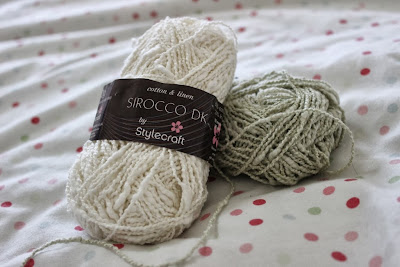 It was tricky to work with at first because of the thin and thickness of the yarn. I couldn't really see the stiches I was trying to work into, but with the strong fibre running through it, I could feel them easily. I'm pretty pleased with the result. I like his knobbly texture How could you not want to hug him!?
Posted by Alice at 06:20 2 comments:

Email ThisBlogThis!Share to TwitterShare to FacebookShare to Pinterest
Labels: crochet

Hey look, I have a blog now! :) After a long summer of doing things outside, I need indoor things to fill my time. A new crochet project, taking photos of said crochet project, and blogging them should do the trick! I'm making a cushion cover, using Lucy of Attic24's Summer Garden Granny Square pattern, and her join-as-you-go method, which I've not tried before, but am expecting to be considerably less soul-destroying than joining everything together at the end.

I was driving myself crazy trying to pick a colour scheme so I just narrowed it down to 9 definite colours and 3 maybes, plus a rough idea of balancing out colours and... lightnesses (there must be a better word than that) in each square, and am just going to go crazy within that and see how it turns out. 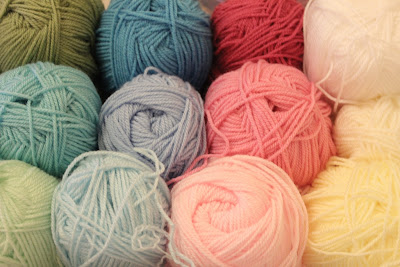 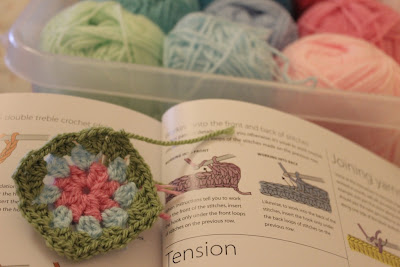 Terrific progress so far! Given the strength of the cold I have at the moment, I think that's a good evening's work. I'm mustering up the courage to go to a craft group on Monday, so this'll be something I can take along with me.
Posted by Alice at 16:21 2 comments: 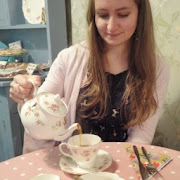 My name is Alice, I'm 20something and live in Edinburgh. I love baking, sitting in cafes, sewing and crochet. I also love photography (though I'm still pretty terrible at it). So this blog basically revolves around my adventures with tea, cake, fabric and yarn... with photos! I also like East Asian stuff and dinosaurs. They might just make an appearance too.